Welcome to Novica's Rose Quartz Bracelet Collection! We hope you like our delicate rose quartz bracelets below: 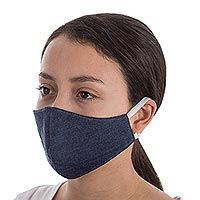 Cause of the Week

This was perfect for a birthday gift for a dear friend. WE live near the beach and the colors remind me of the ocean. It is perfect with a pair of shorts and to wear with a dress to dinner. Just lovely...

I love these bracelets. It was worth it getting three in one purchase. I wear two on my right wrist and one on my left wrist, and they have done me well in terms of mood enhancement and law of attraction benefit. That shouldnt be a shock as rose quartz is my lucky gemstone for my Chinese sign in the zodiac which is the tiger. But no doubt non-tigers can benefit from this. I also sleep better putting them on my bedknobs when I sleep.

I ve ordered 4 of these bracelets for friends and family. Everyone loves them. I wear mine all of the time

"What I like best about this craft is how it takes my mind in different directions to come up with new designs... I hope to keep going until I touch the sky!"

"I come from a beautiful city in Gujarat, where I was born in 1984. As a child, I was mesmerized by our beautiful and intricate silver jewelry. I knew I wanted to do something interesting and decided to learn the art of designing jewelry.

"When I started, I knew nothing about this art. I... read more

OVER THE MOON WITH ROSE QUARTZ

When I saw the gorgeous gift box that the bracelet was tucked into, I knew it was going to be something... read more

Considered a powerful stone in affairs of the heart, rose quartz is believed to help ignite the flame of love. The clear pink stone is one of the most desirable varieties of quartz. Its milky aspect is attributed to the presence of tiny rutile needles within the stone. Rose quartz has been carved since early times and is often faceted when set in jewelry.

The pale pink gem takes pride of place in many bracelet styles. Indian designer Shanker sets the polished gem in silver wristbands that focus all attention on the stone itself. Thailand's Anusara adds garnet and rose quartz to lavish pearl necklaces and beaded bracelets. Across the globe in Peru, Patricia Jara displays rose quartz in extraordinary silver bracelets and rose quartz necklaces.

Novica presents a Rose Quartz Bracelet Collection crafted by masterful artisans and silversmiths from around the world. Our rose quartz bracelets consist primarily of sterling silver settings with rose quartz accents in numerous designs and styles. Each one is as beautiful and unique is the artisan who crafts it.

Your NOVICA Packages are Safe and Secure!

Every NOVICA item comes with our universal guarantee

Quality tested and verified by our region teams